FINALLY !!! As somebody that has been experimenting with this technology for over 2 years now I am quite exited to see that the adoption of this technology is gathering some steem. While it has bee widely adopted in Asia for some years now, it has taken some time to get a foothold in the rest of the world this seems to be changing now. At least in Europe as I can see for myself at the moment. In my opinion with Nokia finally getting serious and throwing its (considerable) weight behind this technology (http://mobilecodes.nokia.com/) and some other industry heavyweights joining forces in the Mobile Codes Consortium.ï¿½ This will hopefully produce one key outcome, the stadardisation of the label technology, which up to now has been one of the stumbling blocks that has kept people such as myself from adopting these codes in real-world projects. Along with the adoption by some major companies in their advertising this should produce the momentum that was needed to push mobile 2D codes into some broad adoption.

Of course there is similar technology available for the applications that require this link between the physical world (presence) and the mobile internet. One example is RFID together with Near Field Communications (NFC). However apart from the additional expense for RFID labels, no other technology has anywhere close the number of handsets that are capable of using this technology without some add-on to the mobile phone. Currently there are only very few handsets that will support this technology. Possible use in m-Payment projects might speed up the process of handset manufacturers including this in their handsets, but that will be some way off. 2D codes are here and now. 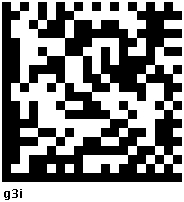 Looks like I will dig out some of the pilot projects out of my (virtual) drawers and see if we can get some interest in them. The project that will most likely be the first is a m-Learning implementation using 2D codes together with the Moodle Learning Managment System which is our preferred LMS.

Let’s see if Australia is also ready to move on this technology ….

Finding the ideal OS for (my) EEE PC