I just had one of my old hand-me-down phones returned by my offspring in a great condition (junior is very careful with his equipment – well done young man !). This doesn’t happen all too often shows that the Nexus S is a decently built phone. This is also a good example of breaking the built-in obsolescence of modern phones. This particular unit has served me well for nearly 2 years (my average is one year) and served 2 kids after that.

These instructions have been compiled on Ubuntu 13.10 64bit to allow me to re-do this process in future. It should work on any Linux based distro (see pre-requisites) – if you are using another Operating System it might be time to switch. Hopefully it might be useful for other people as well.

The config script will take quite some time depending on your internet connection as it has to download a lot of data. The build time will depend on your machine. In my case it took xx hours for the config and yy hours for build.

I had the following error with the config script: https://bugzilla.mozilla.org/show_bug.cgi?id=956098 (workaround contained in comments).

Install on the phone 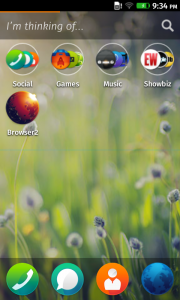 For the people that don’t want or can not (time to upgrade your OS!) build I have uploaded the resulting images (Build Date: 2014-01-20) to GoogleDrive. As usual this comes with a warning – proceed at your own risk !

If you want to return back to the factory Android ROM you can find the Google images here: https://developers.google.com/android/nexus/images

Now this unit will serve as a secondary phone (being compared against Ubuntu Touch on a Nexus N4) while Overseas where I generally need 2 phones.

Thank you Mozilla foundation for all the work and making it available fully in Open Source ! If you haven’t done so it’s time to join here: https://sendto.mozilla.org/ 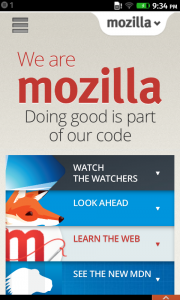 Thank you to Google for NOT making it harder than necessary to extend the usefulness of their NEXUS range of phones and tablets. And in the same breath curse you SAMSUNG, APPLE, … ! The reason for me moving phones actually was the fact that the Galaxy S4 is such a P.I.T.A. to get upgraded and get rid of the Samsung bloatware. Back on the Nexus range – in hindsight I should have never left.

Mobile Browser Testing on the Desktop