Unfortunately it is still much harder than necessary to find notebook hardware to use with Ubuntu (or other Linux variants). This blog is full of past experiences (some of them quite time-consuming) on finding notebook hardware that will work without too much fiddling. This short note is to document my recent research on that front to help others who want to do the same (as there doesn’t seem to be a lot of good current info around). 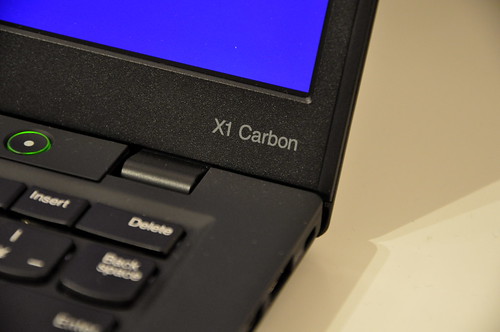 There are some vendors that do ship with Ubuntu, however they are generally all based in the US and their pre-sales communications are pretty horrible (I am talking to you ZaReason – still waiting for reply email as well as tweet). Then there is Purism Librem, but unfortunately they have still not shipped their 15″ version and I need a tool now. The jury on this is still out and I don’t really have the time to be a guinea-pig. Maybe next time (as I like what they are doing) …

There was one option from one of the top-tier manufacturers (Dell XPS 13 – Developer Edition) which ships with Ubuntu. But as – per usual – NOT in Australia. However there was a lot of conflicting evidence I found that the Windows Version had some issues with current Ubuntu versions (Dell ship 14.04 LTS – which makes sense from their point).

I ended up buying the Lenovo X1 (3rd Generation) and after the install of Ubuntu I have to say this is the first notebook I just had to plug in the Ubuntu USB (Version 15.04 Vivid Vervet 64bit) and install and everything just worked. No fighting with UEFI firmware, no function keys not working and no issues with sound or other drivers. To be fair – there is one thing I noted (which is irrelevant to me) – the fingerprint reader does need some additional driver installed & configured.

It was also the first notebook I didn’t even bother booting up and create a repair disk first. There is no way I would ever restore something to Windows 8 – however if you are not sure that you will stick with Ubuntu – that’s probably not advisable.

Thank you Lenovo for developing a very decent piece of hardware that just works with Ubuntu ! However I would like to note that the recent Superfish debacle http://support.lenovo.com/us/en/product_security/superfish really left a sour taste and nearly made me take Lenovo off the evaluation list.